Firstly, I’d like to apologise for the reduced number of photos this week. A gillet can make it tricky to get the phone (camera) in and out of my pocket but also, it seems that I must have had rainwater on the lens for some of the shots which gave some weird effects. I only say this because I think all of you must have seen me aiming the camera at you and may have been expecting to see yourself immortalised on this post. Unfortunately you were just a blur. We’ll accept that it was because you were riding too fast 🙂

Our AGM rides are difficult to plan as they have to end at a definite time at the location of the AGM. John Ambrose managed to make good use of the time and provided us with an interesting and challenging ride within the limited range.

A dark and moody Dartmoor lies ahead

John’s route took us from the White Thorn Inn car park to Cadover and then down via Sheepstor village to a lap of Burrator. You could tell those who rode their bike to the start from those who’d driven (me) as the ones that had ridden (and therefore had had a warm up) found it easier to get up onto the moor! From the moor above Sheepstor we could see that there were some very dark clouds in the direction that we were riding. The roads were dry until we reached Burrator where we started to get damp from the road up. 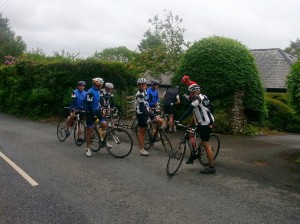 At Dousland there were two almost simultaneous punctures. I watched in amazement as Rachael’s support team sprang into action on her own puncture. Ian and Steve handling the actual puncture, Kim holding the bike and Rachael making sure that her hands stayed far enough from the grime. Then, once fixed, she was lifted onto her bike (ok, that was a bit of an exaggeration) and launched back onto the road just like the pros do! We then came across John who was still fixing his own puncture with no more than some verbal assistance. I do believe Rachael may have accepted the credit for her speedier repair!

We were soon back on course to Walkhampton and then a right turn up onto the moor via Huckworthy. It was my turn for a mechanical here when my chain found itself between my cassette and the spokes (where were Ian and Steve for me???). We don’t normally ride these roads and it made a change to ride unfamiliar roads so close to home. We soon passed the Tavistock golf course and then down into Tavistock itself. From here it was up to Gullworthy, then right towards Chillaton/Brentor and back down to Tavistock again (past the gliding club).

I’m afraid I can’t report on the rest of the ride as I turned off at Lamerton and headed straight back to the AGM venue but I can tell you that there was a further puncture (were the team mechanics on hand for that one I wonder?) and, as it rained for us as we turned off from John’s route, then it must also have rained for the rest of them. I can also verify that everyone made it back to the AGM. I suspect that this was probably due to the promise of a free barbecue but I’m sure that John’s expert leadership would have got them back if not for that.

The roads were dry south of Tavistock and, although we may have all been slightly damp when we arrived back at the White Thorn, we were lucky to be able to hold the AGM outdoors. There is nothing happier than a YOGi who, having enjoyed a bike ride, is presented with free food. So, taking advantage of the now sedated audience, Ian, Chris and Steve presented this year’s AGM speeches. This was followed by the raffling of Lynda’s most recent haul of blagged prizes.

Here are some of the (not so blurry) photos from the day: 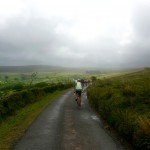 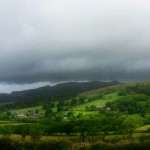 A dark and moody Dartmoor 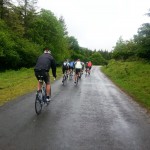 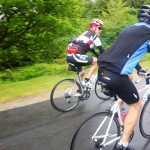 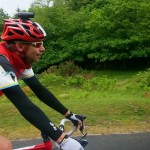 John with his helmet mounted bazooka 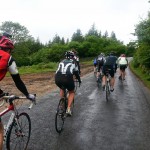 Keep your finger off that trigger John! 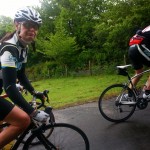 “What are you looking at?” 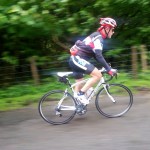 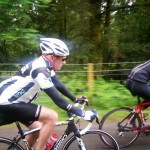 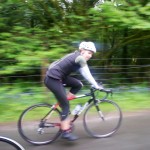 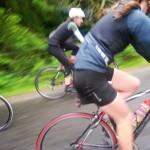 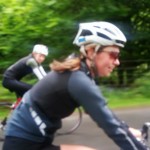 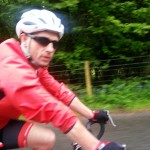 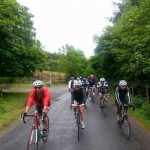 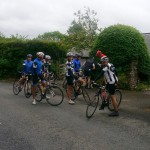 Rachael lends John one of her support team 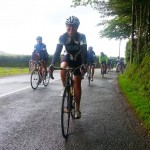 Smiling in the knowledge that her support team are close at hand. 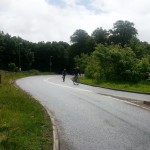 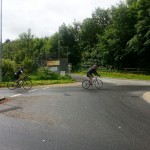 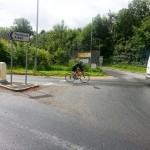 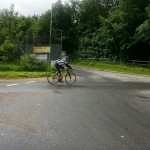 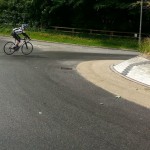 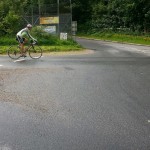 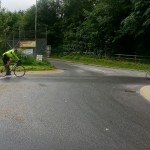 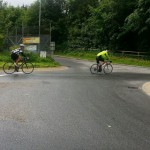 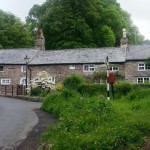 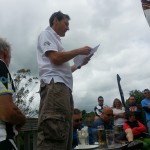 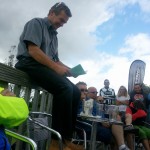 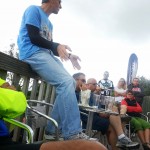 Steve welcomes Ray Cooke and John Allan to the committee 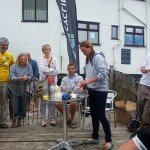 As a special bonus, here are some video’s from John Ambrose’s “YOGi Cam”: