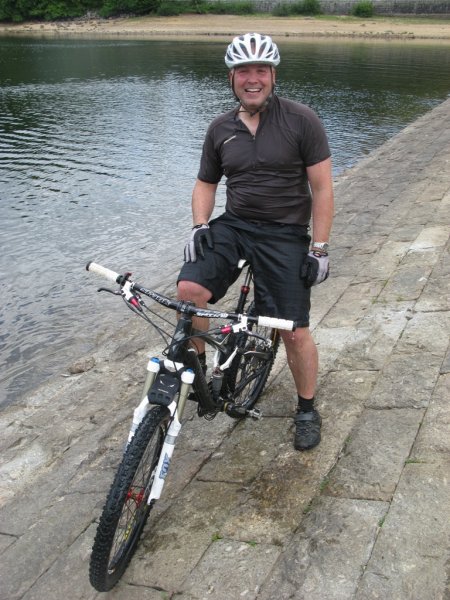 Well “MTB Adventure Ride” was certainly the right name for it- as an adventure was what it was from start to finish!  It Started in Quarry Tor car park near Burrator with Steve relating various exciting tales about their trip to Morzine.  We also welcomed two new riders Jo and Ronnie, and heard that Hannah would not be joining us as Bracken was being electrocuted!!! (Something to do with not chasing sheep).

On the ride was Steve (leading it), Tom, John, Liz, Jo, Ronnie, Justin and myself (Penny).  It was a glorious sunny day as we left the car park, and as we headed of up the hill it was great to be on dry terrain and not muddy boggy paths (which we did discover later).  We took various tracks working our way towards Devonport leat.  At this point a few faster riders were ahead, while a few of us were chatting at the back.  One minute Liz was chatting with us, and the next she disappeared from sight!  We raced up only to find her still smiling and saying it was quite refreshing to have a dunk in the leat.  Jo feeling overheated from the hill climb was already to jump in with her. 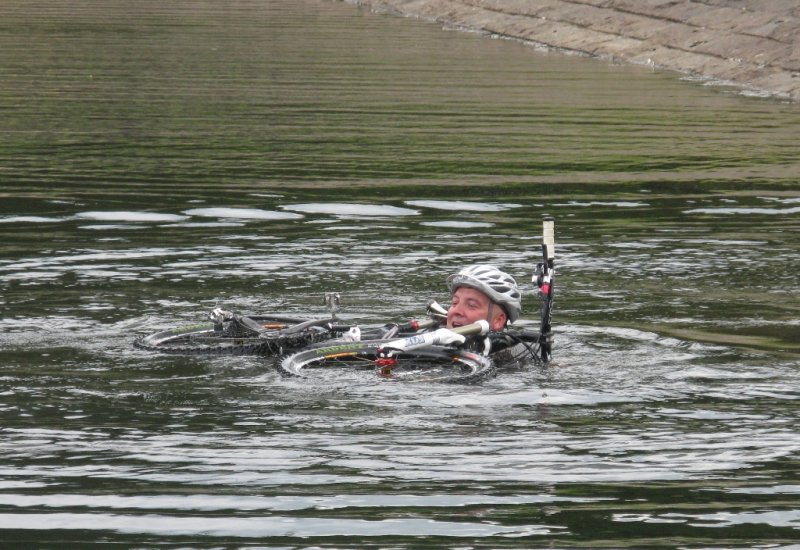 We then carried on at a flatter gradient, until we got to some great single track down hill runs.  We headed back towards Burrator down a muddy forest track, which some of us got bogged down in.  Then we went along the stony ramp above the damn. This was a psychological test as long as you kept the momentum going it was fine.

Steve showed us what would happen (on purpose!) if you took another route; luckily his light carbon bike floated nicely after he had performed a beautiful somersault.  Liz and I also needed cooling off. 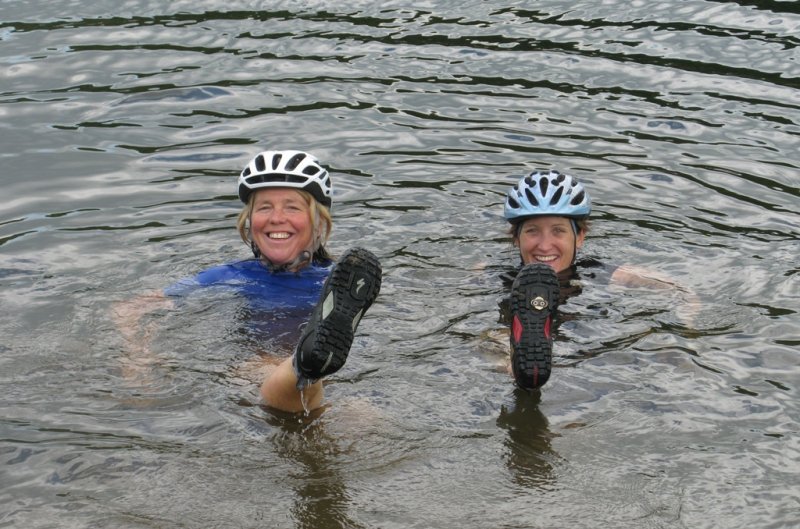 However she did not agree with my statement that it was bath water temperature. At this stage as we were already late for the pub we zoomed back along the road, and went to the Burrator.  We sat outside enjoying the sunshine at the wooden picnic tables, and thought our adventure was over.

Steve however found a little hole in the wooden table which his finger fitted into perfectly.  After a few minutes of greasing it with the butter paper etc we were just contemplating ringing the fire brigade when out it popped! No doubt you can all question him about that one?!!!

Anyway, thanks to Steve for leading the ride, well done to the newcomers and look forward to seeing everyone on the 16th July for the next fun MTB ride.