Sunday 18th September saw the first ever YOGi Road Races held at Brentor and included the YOGi Road Race Championships sponsored by Spinnaker of Saltash and Tom French Associates. It was an early start for me (it’s so wrong to get up on a Sunday when it’s still dark outside!) to get the HQ at Lamerton Hall set up and ready for the helpers and racers to arrive. The weather was being less than kind and whilst the majority of us enjoyed a pre-race cup of tea, Andy Gray and Andy Parker set off in the rain to put out the cycle event signs around the course.

Once the hall and the fantastic array of cakes and savouries were set out, the riders had signed on and the marshals briefed, we made our way to Brentor Church car park for the first races of the day. Unfortunately the wet and windy weather meant that not everyone registered turned up so the women and juniors set off together for five laps of the course.

Two juniors took an early lead on lap two and remained away from the group for the rest of the race. George Pym won both the prime and the race and was also awarded the Junior Series winner’s trophy. 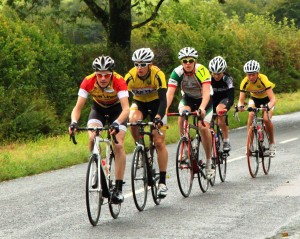 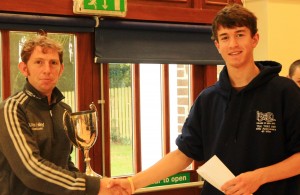 The women’s race consisted of two leading followed by a group of six including YOGi’s Nicola Rovai and Sarah Austin (doing their first race). As the race progressed two of the ladies were dropped and with about 100 metres to finish the remaining group of three used the last of their strength to sprint for the line with Nicola staying ahead to take third place. So not only did Nicola win a cash prize, she also won the women’s Championship trophy. 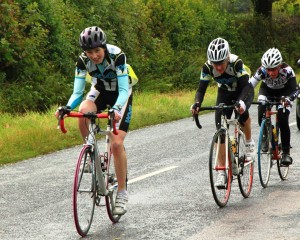 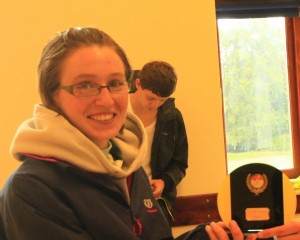 Once the awards presentation was over the signing on for the men’s afternoon race began. Then it was back up to the start, this time in drier weather – well that was until the race started and the rain joined in!

Thirty two riders set off and it was straight into racing after the left turn at Iron Railings Cross where a few keen attacks saw the pace hot up! The first climb was done at a steady pace and this more or less continued for the first couple of laps. James Gray managed to get ahead of the pack and take the first prime. A few others chanced their luck on the course, but the wind and rain bought them back into the bunch. Unluckily for one rider the fallen leaves combined with the speed around the corner at Stag’s Head junction resulted in him crashing. Thankfully it was nothing too serious and he escaped injury free. 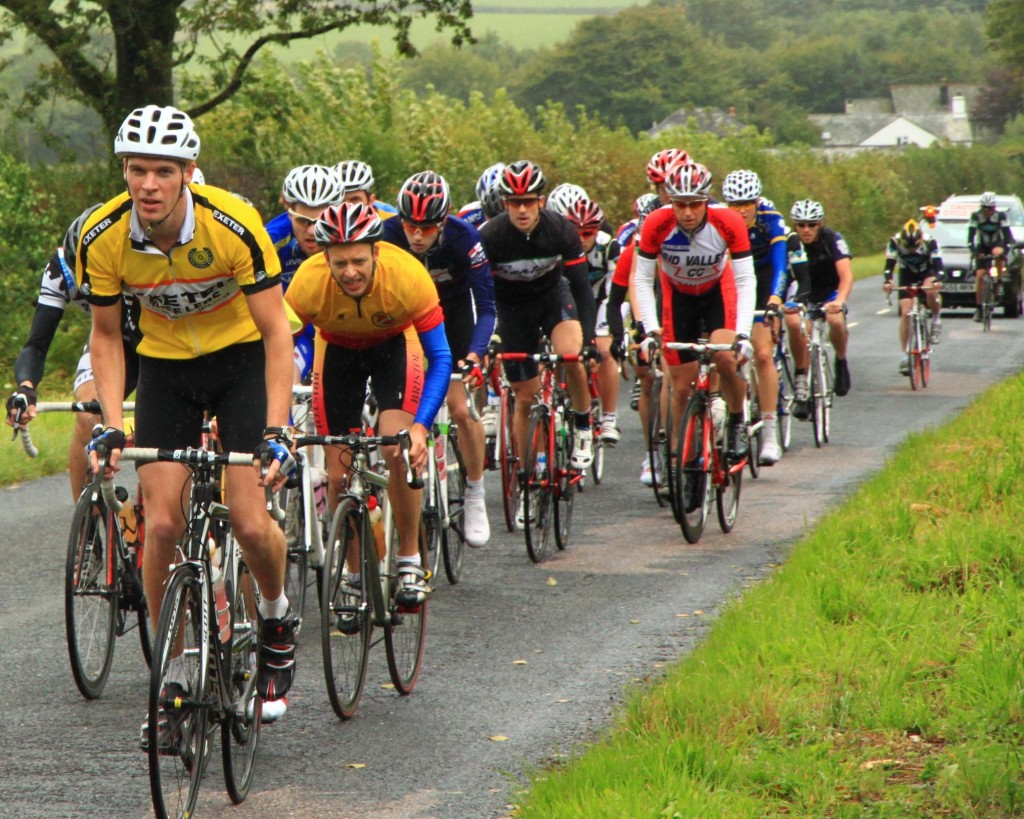 By the third lap attacks from Primal, Penzance Wheelers and Bristol South riders succeeded to break up the bunch. Front running YOGi, Miles Earl punctured, quickly followed by fellow YOGi Sam Shannon, which meant they were both out of the running for the Championship titles – shame as both were riding strongly.

The pace relaxed slightly around the middle part of the race and it was here that the eventual winner, Mike Kiss launched a hard and sustained attack to earn him about a minute on the bunch and win the second prime. Despite some serious, but short lived chasing the bunch couldn’t quite catch him. I guess there were just too many tired legs after a season of racing!

The decisive selection occurred after lap seven with the main group reduced to about fifteen soon to be spilt apart by the strongest riders attacking at the top of the climb to Brentor resulting in some others getting dropped to finish the final lap on their own.

Meanwhile the YOGi Fourth Cat title was being fought out between Richie Ogle and James Thompson with Chris Blewett slightly behind. Richie’s bike had an ill-timed mechanical when his chain snapped on the last corner and he had to walk his bike to the finish denying the spectators of a showdown sprint to the finish! Well done to James for winning the trophy. 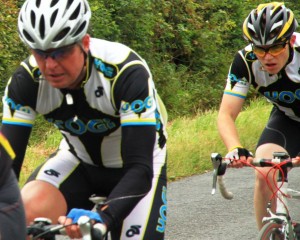 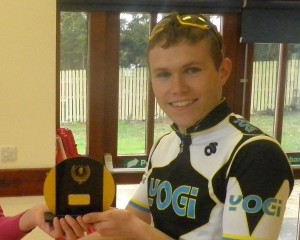 I think Clare Leaver deserves a mention, as not only did she come second in the women’s race, she also competed with the men and had travelled down from Oxford to do so!

I would like to say a massive thank you to everyone who helped out on the day. Without your help the event could not have happened. Marshals: Alli Holland, Em Hazeldine, Linz Glazier, Dave Skinner, Kris Curtis, Holly Russell, Phil and Trish Hull, Adam Davies, Richie Ogle, Helen Andrews, Ian Roberts, Justin and Sarah Austin, Chris Blewett, Alistair Elson, Chris Sammells, Dave Thorogood, James Thompson, Mrs Earl and Steve Clare. Drivers: Chris Glazier, Dave Fletcher and Jez Ralph. First Aider: Charlotte Malcolm. Refreshments: Pam Glazier and Lynn Skinner. Lap Bell Ringers: Felix Thorogood and Jasmine Gray. And a special mention to Andy Gray and Andy Parker for their support and advice from registration of the event right up until the day and to Chris Glazier for helping to organise the manpower and getting his mum to bake the cakes!

“It was a really good event and pass on my praises for all your marshals who made the event and did a great job. The whole event went very well and was a credit to the Organiser” – Andy W, Chief Commissaire.

“Quick line of thanks to you and all concerned for your well organised event yesterday. You appeared calm and in control of everything which passed over to how smooth it all ran! Well done and thanks again for the promotion” – Gary H

“Thanks for organising such a good event” – Dan M

“Congratulations on the success of the YOGi Road Races on Sunday, hopefully it wasn’t too stressful and you enjoyed it as much as I did” – Tom M

“Many thanks you and to the First Aider, very kind and helpful” – Olly K

“This was one of the most enjoyable races I’ve ever done, especially as I’m now well aware of the amount of time and effort that goes into running these things. Hats off to everyone who sacrificed their Sunday roast to marshal, drive and support in any way they could. A great effort by all! – Andy G