Having only just returned from doing the Paris Roubaix Cyclotourisme organised by the Vélo Club de Roubaix, I sit here feeling quite smug! Why? Well, for many reasons. First, I covered the 210km route, which includes 53 km of the legendary Spring Classique’s cobbles in 8 hours and 12 minutes (about 7:45 riding time). Not an amazing time, but all things considered, it’s respectable, especially since no gear changes were involved. That’s right, I rode the event on my trusted steel fixed gear bike. I would not subject my lovely Trek Madone 5.5 to the kind of rough treatment that the cobbles promised. And I was right to choose such a basic bike.

Despite the very dry weather, the cobbles were delivering a true punishment to every bone and every muscle in one’s body. Vibrations made my arms’ flesh wobble frenetically as if they were mere bingo wings. My neck progressively stiffened and my backside felt sore well before the finish. However, at no time did this discomfort stop me from hitting the cobbled sections at full throttle, trying to keep my initial momentum going for as long as possible in order to glide over the uneven ground instead of being thrown about on it. Choosing between the top of the cobbles and the side gullies was essential to maintain speed and overtake slower or more cautious riders. I seemed to make the right choice in most cases and the few riders to pass me were either riding Merckx or Ridley cyclo cross bikes, or were possibly totally loaded with drugs.

Small groups of riders from all European countries would form, taking shape naturally to counteract the effect of the slight but ever-present wind, only to disintegrate when reaching the next portion of cobbles. Many times I took my turn at the front of one of these groups and heard expressions of surprise in Italian, Dutch, French as riders behind me would realise that I had at least 19 less gears than them and could still pull them along. I wasn’t alone to have left the derailleurs at home though. A dozen men were on classic pre WWII bikes and riding in period correct clothing, complete with tubs wrapped around their shoulders. A great sight. I also met another Frenchman on a “pignon fixe” shortly after the finish. Him and his two singlespeed friends had challenged themselves even more than I had by tackling the long course with a major hangover and very little sleep.

In total, the course included 31 sections of cobbles over 210km (130 miles), some of them rather long, like Arenberg, and some very short, like Chemin des Prieres. With a flawless organisation and a very low entry price, this was for me a clear choice over the “official” ASO / Rapha event which takes place in April and only includes 19 sections of cobbles over 148 km (92 miles).

I really cannot recommend the Paris Roubaix Cyclotourisme enough if you want to get a genuine feel of what it might be like to ride this most legendary spring classic. You’ll have to wait until 2014 for the next edition. Until then, you can always train on the many cobbled service lanes that Plymouth has to offer. 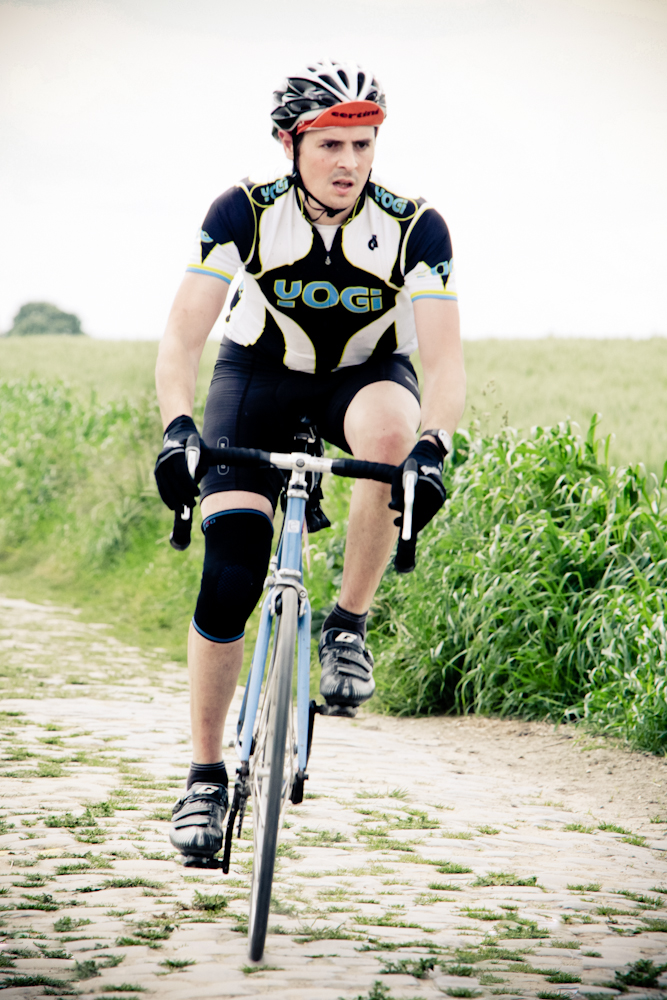 6 Responses to YOGi “Wobbles on Cobbles”